Glory to God! Receive warm greetings from the Napuu center. We give thanks to God for helping us successfully complete another school term. Thank you for your support and partnership as we work together to transform lives through the hope of Christ. Here are some of the successes and highlights we want to share with you. 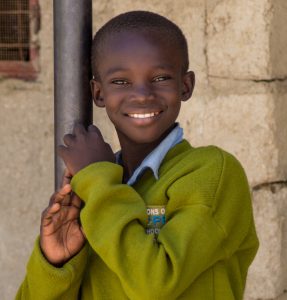 *Sally is a grade five student at the Napuu center.  She is the fourth born in a family of nine children and she is the eldest girl. Her parents do not have the means to take care of their family and rely on well-wishers for their survival.

Sally was brought up in a community that is among the marginalized communities in Kenya. People in this community are yet to fully let go of harmful cultural beliefs and practices. For example, education is not a priority in this community. This not only goes against the basic rights of a child, but also perpetuates poverty in the region. They believe the girl-child is an asset to the family and should be married off at between 10-15years. It is therefore not uncommon to find a girl as young as seven years already marked for marriage. Such a girl will not go to school but rather engages in household chores as she waits for the marriage.

That was the fate awaiting Sally after she turned 7. Thankfully, she was rescued from early marriage by the area government official who took her to live with her cousin who lives in Lodwar town. With the official’s help, Sally joined grade one at a local primary school and studied there until grade three.  Her school attendance was inconsistent since she used to be sent home for school fees and other school requirements. She was also poorly groomed because there was no money to buy her clothes.

Our social workers got to know about Sally during a home visit where they found her at home instead of being in school. After a thorough assessment, she was recruited to join the school as a grade four pupil and she became part of the MOHI family in August 2021. Since then, her self-esteem has improved and she has grown physically and psychologically. Her guardian also tells us that she is very reliable and helpful at home. At school, Sally is a model student; respectful, focused, and committed to her studies.

We have hope that her dream to become a nurse will be realized as she continues to work hard and put her hope in God.