Receive warm greetings from Namarei and the community we are serving. We have come to the end of another wonderful school term and we want to share some of the highlights. Thank you for your support and partnership as we work together to transform lives through Christ. 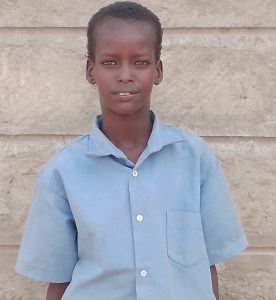 Lydia* is a MOHI parent here in Namarei. She is a mother of one son who is presently in Grade 2. For a long time, the boy was mostly absent from school for no apparent reason. He would miss out on school 3 to 4 days a week, or even fail to attend for the larger part of the term, attending 2 out of 10 weeks in a term. This trend became a nuisance because no one could really tell the reason behind the unbecoming habit.

The Namarei social worker relentlessly followed up through several home visits, but couldn’t trace either the boy or the mother, until one day our social worker luckily cornered Lydia. From a distance, the social worker could clearly tell that all was not well. The way Lydia gazed at him implied that she was defensive and she was not happy about the impending encounter.

Cautiously, our social worker greeted them, but Lydia didn’t utter a word. They thought it was due to the language barrier, and sought help from an interpreter. When the interpreter came, Lydia opened up and warned our social worker about following up on her and her son. She said that the boy was her only son and was at liberty to move and take him with her whenever she wanted.

Though Lydia lives in a permanent shelter she hardly spends two days there. She would spend one week in a certain town and then shift to another town. Whenever she would move, her son would move with her. This was the major reason for his chronic absenteeism from school.

Lydia was not at all interested in the education of her son. However, our social worker would keep on following up with the family. On the days our social worker found Lydia at home, she would be rude, hostile, or even threaten the social worker.  One time while she was at home our social worker pleaded with her to let her son go to school. Lydia’s husband was present this time and he tried to persuade her to allow it, so she agreed to discuss the matter.

Or social worker narrated his personal story of education, which was similar to Lydia’s sons. He explained that all hope was not lost. He assured them that their son would receive all the support necessary at school to catch up with others. The father was optimistic, though Lydia was still skeptical. She, however, agreed not to move with the boy so that he could regularly attend school.

Our social worker continued to visit her, and eventually, she agreed to join a local women’s group that practices table banking (microfinance loans) as well as poultry farming for commercial purposes.

Since then she has improved tremendously, taking the lead in organizing the women’s group. She attends church every Sunday. Our social worker and the school pastor are now welcome to fellowship in Lydia’s home.  She attends parent meetings regularly as well as has since vowed to fully support her son through his education at whatever cost. Indeed, she has become an example and a role model to many. She hopes her only son would pursue an education and make a name for himself.

* Name has been changed.