Hello. We thank God for His faithfulness, provision, our school,  our students, and the community we are serving! We thank God for your continued support and partnership throughout the term. Here are the highlights of this term we would like to share with you. 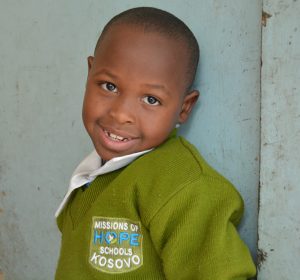 Betty* joined the Kosovo Center in 2018 from the community after a social worker recruited her. Betty had been forced to drop out of a local public school due to a lack of school fees in July of 2018. Making ends meet became harder after her parents separated due to unreconcilable family conflicts. Betty’s mother was left to provide for her daughter on her own. Betty’s mother depends on odd jobs to pay rent and to pay school fees for Betty. However, the little she gets is not enough to cater to all the needs of the family.

Due to the lack of school fees, the school Betty was in sent her away. Betty eventually started roaming the streets and got into bad company. Her new friends introduced her to a life of drugs and crime. This life would keep her away from home for several days at a time. This behavior discouraged her mother so much that her mother thought all hope was lost.

After talking to Betty and her mother, Betty agreed to be enrolled at the Kosovo Center in Grade 4. The social workers began walking with Betty through prayers, guidance, and counseling which made her develop a positive attitude toward school. She enjoys MOHI’s feeding program, library sessions, and lessons on the computer. Her mother has been supportive and cooperative in helping Betty focus on her dream of becoming a doctor.

Betty is currently in grade 8 preparing to sit for her end year National exams and transit to high school come the new year of 2023. She is a hardworking student, active in the music club, and has become disciplined. She attends a local church in Kosovo, is active in Sunday school classes, and is a good role model, not only to classmates but also friends in the community.

The mother appreciates the great transformation in Betty and we thank God for restoring Betty’s hope and dream to learn and become a doctor.