Praise the Lord Jesus Christ. It is my belief that you are well kept under the umbrella of our Lord Jesus Christ. Korogocho B (KB) is grateful for the Lord’s grace and we bless the Lord for your partnership as we continue to work towards changing lives through the love of Christ. 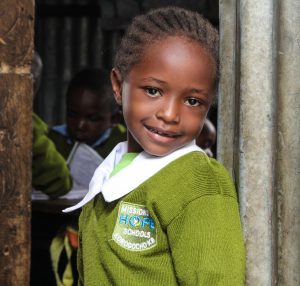 Robert* is a grade 8 student at Korogocho B Center (KB). He and his brother lived with both their parents in Korogocho. Early this year, a disagreement emerged between their parents. This was because of their father’s serious drug addiction. He could no longer control his behavior, even in front of his children. Robert’s father runs a motorcycle taxi business, however, all the money that he gets from the business is used to fuel his alcohol and drug addiction. As a result, the family was finding it hard to make ends meet.

One evening, Robert’s father got home late and was drunk. That night he was particularly violent and a fight broke out between him and his wife. The fight was so bad Robert’s mother left to start her own life with her two sons. Robert was traumatized and contemplated leaving school so he could help support his mother. He loved his father so much, but he could not bear the pain that his mother was going through.

After this Robert started skipping school, which made his teachers worried. When he did attend class, his mind would wander. His class teacher became concerned and informed the social workers who followed up on the matter. They offered guidance and counseling to Robert and reassured him that all will be well. As time went by things started to get better.

Robert was encouraged to attend church. He joined Outreach Hope Church – Korogocho, where he became an active member and now plays the keyboard in church. His mother has also become a very committed member of Outreach Hope Church. Her outlook on life has improved and she is more positive despite all that transpired. She and her family have been given a new chance at life.