Receive warm greetings from Kargi Center and the community we are serving. We have come to the end of another wonderful school term and we want to share some of the highlights. Thank you for your support and partnership as we work together to transform lives through Christ. 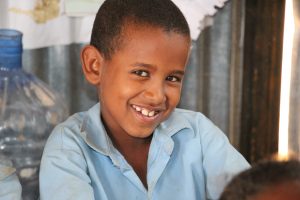 Gladys* is 15 years old and a grade 3 student at Kargi Center. She joined Kargi Center in May of 2022. She comes from a family of 9 children where only three are allowed to go to school. She is the second lucky one.

Gladys comes from a humble background. Her father is a herder. His few camels and goats are highly affected by the drought in Turkana County. She joined the Kargi Center through a rescue mission by a social worker and a community missionary after finding out she was in an early forced marriage that turned abusive. She was forcefully married off by her father who does not value education.

She has been married for about three years and her husband who had just finished his form four (grade 12) was drunk and aggressive, which made life for Gladys very miserable. She had often contemplated suicide this is when the social worker intervened and brought her to Kargi Center.

Gladys had never attended school, but because of her age, she could not be placed in kindergarten. Ideally, Gladys should be in grade 10. Though she could speak some Kiswahili, she couldn’t read or write so she was placed in grade 3. Gladys was assigned an early childhood teacher to help her catch up and take her through the years of school that she missed. She meets with her teacher every evening to learn what she had missed.

Gladys’ father later accepted that she is in school, but is unwilling to support her financially or in any other way. However, her mother is supportive. Being in school has restored Gladys’ lost dignity and self-value. She not only loves being in school, but she has also started to serve in the church as well. Gladys’ joining MOHI has not only transformed her life but the life of her mother. Gladys’ mother has since become a devoted church member.

Gladys hopes to be a lawyer in the future. She wants to defend the rights of other girls who are victims of forced and early marriages. However, her other siblings are still grazing animals and are not allowed to go to school. Pray for her father, who is still not willing to allow any more of his children to go to school and he does not want to hear anyone suggest it.