Greetings In Jesus’ Name! We have come to the close of another exciting term here at Joska, we are so grateful for your continued support and partnership. Here are some highlights we would like to share with you from this term. 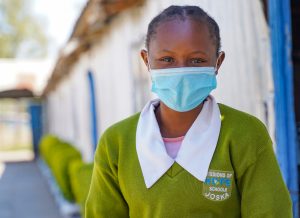 Jane* is a 13 year-old-girl born in Vihiga County. She was abandoned by her biological parents so she was raised by her grandparents in the Kibera slum in Nairobi.

After a while, her grandparents could no longer provide a safe place for her to live. Eventually, neighbors and friends decided to take Jane away from her grandparent’s home and she was placed in a shelter and taken out of school.

While Jane was in the shelter she was recruited to be employed as a house help. Her employers, however, saw that Jane was meant to be in school and too young to be an employee. They decided to do the right thing and bring Jane to our Joska Center. This was when we met Jane for the first time. A broken young girl, mentally disturbed, going through trauma. She had no aspirations in life, her view of life was meaningless and hopeless. She had no friends and did not want to associate with anyone, not even her classmates.

Jane’s transformational story began when she opened up to social workers and her class teacher. She shared her story and our social workers referred Jane to a counselor. Jane started counseling sessions and the school counselor began to walk with her.

Because of all that had happened, Jane had to be put a year behind and this really affected Jane’s self-esteem. Other students would make fun of her performance in class, but her class teacher kept encouraging Jane. Together Jane and her class teacher would spend extra time trying to catch Jane up.

Certainly, the Lord heals and is our friend and refuge in times of trouble. Jane now aspires to be a doctor and her performance has greatly improved. Spiritually, Jane loves the Bible because it encourages her. She likes to share these verses with her newly made friends.