Greetings from Gitathuru center. We are thankful to God for His sufficient grace, love and protection upon our lives and the communities we serve. We are happy for your continuous support and prayers. 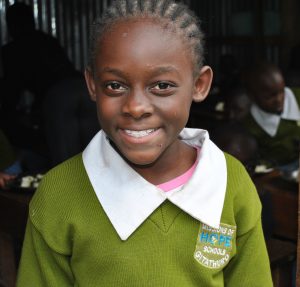 Indra* has been a pupil in our school since 2012. He is 12 years old and in grade six. He lives in Gitathuru with his single mother and one sibling.

This child’s journey of transformation started one year ago after the class teacher reported to the social worker about his decline in academic performance. The mother also informed the social worker that Indra was keeping bad company; that he was not doing his homework and would instead spend his evenings loitering with these new friends who did not go to school.

The social worker held several sessions with the child and would also visit his home to try to improve Indra’s relationship with his mother which was deteriorating very quickly. She found out that the mother would punish the child for every little mistake and that is why he was opting to spend time with his friends. The social worker took both Indra and his mother through counseling sessions and there has been a remarkable improvement in their relationship. The two even attend church together and they have a good relationship.

As things at home settled down, we have seen a positive behavioral change in the boy, evidenced by homework done and overall improvement in his academic performance. He is also well-behaved in class, as reported by the class teacher, and he spends his time revising his work. He is now focused on his future and aspires to become a pilot. His personal life goal is to work hard so he can be able to support his family and give to his community. We are praying that these dreams will come true and we give thanks to God for this great testimony!