We give God the glory for helping us complete another school term. Here are some of the success and highlights we want to share with you. We are so grateful for your support and partnership. God bless you. 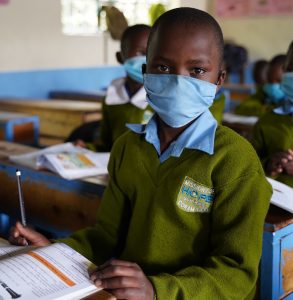 *Mary, Sheila and Daniel are learners at the Coram Deo Center in kindergarten, grade two and grade four respectively. They joined the school in March last year.  They, and a younger sibling, reside with both parents within the neighboring community. Their parents depend on casual jobs – mainly working on peoples’ farms – to sustain their family.

When the children first started coming to school, we noticed that they were always looking dirty and unkempt. They would appear hungry and were not regular in attending their classes. We followed up to find out what was wrong and found that the parents were quarreling a lot and this had caused them to neglect the care of the children. At some point, these parents even separated which made the situation even worse.

We immediately launched an intervention led by the social worker and also roped in the pastor. We conducted regular counseling sessions with the couple and home visits to try and resolve the matter. It was not easy to address the issues but we kept at it and prayed for the family regularly. It was not until October this year that we started seeing a difference. The family was reunited and we noticed that Mary, Sheila, and Daniel were now coming to school regularly. We also noticed that the children were now very clean, in proper uniform and they did not look hungry.

They also now attend a local church every Sunday and they can confidently pray during class morning devotions when called upon to lead the class in prayer. The children’s class teachers have also noted an improvement in their academic performance.

We really thank God for the transformation witnessed in this family.